2018 Farm Bill: What Cannabinoids Are Covered in the U.S.? In the past, hemp was not a part of the equation when it came to farm subsidies, crop insurance, and nutritional assistance. However, with the 2018 Farm Bill, this versatile and healing plant was not excluded from the conversation and this new legislation has drastically transformed the hemp policy in the United States.

The first ever Farm Bill was passed in 1933 during the Great Depression-era as part of FDR’s New Deal. The original intention was to help support farmers financially and ensure a sufficient supply of food should drought or famine occur. Since then, there have been many updates and revisions made to include input and collaboration by industry groups involved in food production and supply. In 2018, the latest Farm Bill was signed and included a significant update to include the federal legalization of hemp.

Is Hemp Different from Marijuana?

Before the 2018 Farm Bill, all cannabis products were treated as marijuana, even non-intoxicating hemp. However, with the passing of this legislation, hemp and marijuana are now legally considered two different things. “Industrial hemp” is a cannabis plant that contains less than 0.3% THC, which is regarded as a trace amount. Marijuana is a cannabis plant that contains 0.3% or more THC, the psychoactive component that creates the euphoric “high” when consumed.

reputable 3rd party to ensure that you get a safe and high-quality product. Visit our website to view our products and place your order today!

With this new legislation, many cannabinoids became officially legal at a federal level. This created a massive boom for the industry and has caused many different cannabinoids to rise in popularity. Most of us are now familiar with CBD, but this isn’t the only cannabinoid being sold that shows promising benefits.

What Cannabinoids are Legal Under the 2018 Farm Bill?

While there are over 100 known cannabinoids, here are some of the most popular ones that are legal under the Farm Bill.

CBD (Cannabidiol) has been one of the first cannabinoids to benefit significantly from the Farm Bill. Research has shown that this non-psychoactive cannabinoid can help relieve chronic pain, nausea, and even seizures. In fact, the FDA approved Epidiolex, which uses CBD to treat seizures associated with two rare forms of epilepsy.

CBG (Cannabigerol) is not as well known but is still a very beneficial cannabinoid. A study from 1990 found that CBG is a possible treatment option for glaucoma because it has been shown to lower intraocular pressure. A 2008 study even found CBD to be potentially beneficial in treating MRSA thanks to its antifungal and antibacterial properties.

CBC (Cannabichromene) is another non-psychoactive cannabinoid that has several potential therapeutic applications. CBC is thought to combat inflammation, reduce muscle spasms, and muscle tightness, making it a potentially viable way to treat fibromyalgia. A 2016 study found that CBC could be an effective treatment for acne and other skin conditions. It may also help with gastrointestinal disorders, could help regenerate brain cells, and has antifungal and antibacterial properties.

CBN (Cannabinol) was discovered in 1986 and is beginning to make a name for itself in the cannabis world. CBN is a product of THC oxidation but has none of the psychotropic effects that most think of when they think about THC. CBN is used by many as a natural sleep aid since it does still cause a similar relaxing effect that is associated with THC.

Ready to Try CBN For A Great Night’s Sleep?

Slumber has incredible CBN products to help you get a better night’s sleep! It is a natural sleep aid that doesn’t leave you feeling tired and foggy the next morning and is non-addictive. It is made from Colorado-grown hemp, and every product is tested by a reputable 3rd party to ensure that you get a safe and high-quality product. Browse our website to view our products and place your order today! 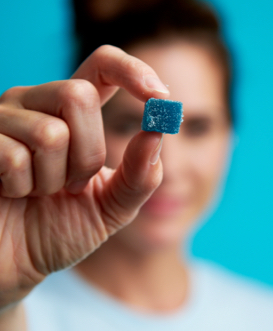